Finally decided to purchase a Viking era sword replica to complete my Anglo Saxon/Viking  reenactment kit. It was the last major purchase that needed to be made to round out the ensemble.

Purchased from the Medieval Shoppe based in Australia after I saw they were offering an 18% discount in recognition of 18000 followers on social media. Factoring in the favorable exchange rate between the Aussie and Canadian dollars, the overall price of the sword at $208 plus the discount it was to good to pass up.

Arrived very well packaged and quickly with the blade and sheath being well wrapped and oiled. Initial impressions were favorable for a functional replica of a Viking age sword from that period of history. It possesses a type four blade design and a variation of a type S hilt design so it is historical but not a pure example of a type four blade as it is a little shorter and narrower than earlier blades of the period. Blade is sharp and tapers somewhat towards the spatulate tip with hammering marks but I like seeing that it was a hand forged blade. It adds character. A fuller runs almost the entire length of the blade and is done quite well with only a slight wavering. Not sure if there is a distal taper as I do not possess calipers. Overall weight comes in at two pounds, eight ounces with an overall length of 36.5 inches.

Fit and finish is decent for a $200 sword. Fittings of brass are well done, polished and tight with no movement on the guard and clam shell pommel. Wood core grip covered in leather with three cord risers. Leather grip is comfortable in the hand. Point of balance is about 5.5 inches from the guard so it is within historical ranges. Feels a little forward heavy but that is expected from a blade that was primarily designed for slashing while using a center boss style of shield. Handle is long enough to use a handshake grip which is nice, especially for making casting cuts.

Scabbard is very well done considering the overall price point of the sword. Decent well stitched leather over a wood core. Brass accents that match the pommel and guard. The mouth of the scabbard does not provide a firm hold on the blade so you will need to be wary of the blade sliding out if held below the horizontal while sheathed.

In terms of aesthetics this is a simple replica with no fancy scroll work, intricate detailing or embellishments. The clam shell pommel is well made but cast from a single piece of brass. The guard is simple and plain. In that sense it is representative of a munitions grade, no nonsense sword meant to be used.

There is some excess leather that needs to be tidied up near the pommel that looks a little sloppy and the center slot on the guard is roughly machined and larger than necessary but considering the price this is a nice affordable piece.
Posted by George at Saturday, August 01, 2020 No comments:

Quite by surprise during a hot summer bike commute home I discovered the NSLC had added a new Plantation rum selection to the shelves. Stopped enroute planning on picking up a couple cold beers but instead placed a bottle of the Xaymaca rum in the backpack instead.

Marketed as a traditional 100% Jamaican pot still rum exhibiting the classic "funk" of the island with the associated Hogo flavors of banana and burnt pineapple I was looking forward to getting home and sampling the rum. I am a big fan of the Plantation rums and, after having a few glasses of the Xaymaca special dry, can say this did not disappoint despite the flavor profile not quite being in my ball park.

Packaged in the familiar Plantation 5 year rum style of bottle the Xaymaca looks very familiar to it's cousin with the exception of some green highlights upon the label - no doubt paying homage to Jamaica's lush environment. The nose is intriguing with memories of the Original Dark or Bumbo but does let you know this is slightly over proof at 43%APV. As a result mouth feel is not silky smooth but is not overly harsh either. You do get tingling alcohol right away but with a little patience the flavors do emerge. The finish is ok but maybe a touch hot and lacking. I personally prefer my rum on ice so the finish definitely mellows with some ice cube melt.

I'm a caramel, butterscotch and baking spice fan so the taste profile of the Xaymaca is not quite to my personal tastes. You definitely get a complexity with some oak, a smattering of smoke, banana and other layers of flavor that go beyond my plebian ability to ascertain. This rum is definitely not of a sweeter variety. It's not objectional by any means and in a glass over ice I can still quite enjoy it.

As a mixer this selection is excellent in a classic rum and cola. The sweetness of the soda is offset by the dry oaky wood of the rum to create a delicious cocktail. I generally make a "grog" when I feel the need to mix to avoid the excess sugars in soda; rum and water with a splash of cola over ice for just a hint of sweetness. A twist of lime if I have any available.

Overall it is a decent rum both as a sipper or mixer especially at the retail price point of $34.99 CDN. A nice affordable addition to the bar cart to add some variety of choice.
Posted by George at Thursday, July 23, 2020 No comments:

Email ThisBlogThis!Share to TwitterShare to FacebookShare to Pinterest
Labels: Rum

Purchased a primitive Scottish dirk to compliment my basket hilt broadsword. Forged by Windlass Steelcrafts of India this blade is far from primitive considering the fit and finish of the dagger. Initial impressions suggest a very stout and functional blade and only primitive in the sense it predates the more ornate dirks of the 19th century. 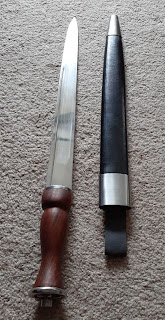 The Scottish dirk evolved from the medieval rondell and bollocks daggers of the 14th and 15th century and became the favored sidearm and utility knife of the Scottish highlander.By the 17th century the dagger had became a cultural symbol of the Highlands and personal oaths were often made upon the steel of the blade. 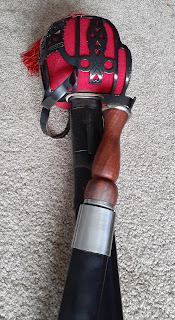 "The dirk occupies an unique niche in Highland culture and history....virtually every Male carried a dirk everywhere. If in Japan the katana was the soul of the Samurai, in Scotland the dirk was the heart of the Highlander". 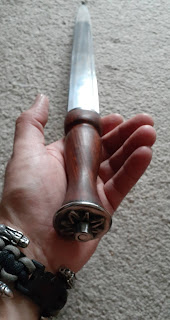 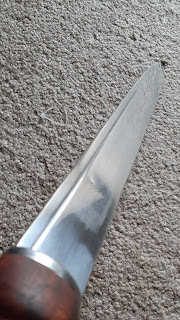 This particular style of dirk with simplistic design of blade, handle and sheath was popular throughout the early Modern era into the 18th century as a working class and military blade. By the 1800`s more detailed hilt and etched blade designs were available for those of wealthier means. 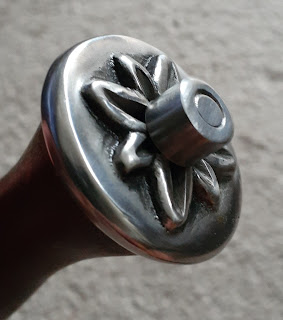 This replica has a blade made from high carbon steel with two straight fullers. The handle is well designed and made out of rosewood with a comfortable hand feel. Pommel is simple with a star flower design on what appears to be nut construction or an unfamiliar type of peened tang? The sheath is leather without a wood core with nice stitching, integral belt loop and complete with a metal chape and throat. The sheath has a nice draw and the mouth retains the blade confidently without any movement even while held upside down. If I have one complaint it is the leather belt loop is on the thin side that may be suspect over time and usage despite being well secured by two rivets to the sheath. 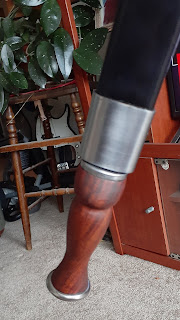 Very nice blade and a nice addition to the armory.

Sidebar - latest historical kit is in the works and being assembled representing an 18th century soldier of the 42nd Regiment of Foot, the predecessor of the Black Watch serving in North America during the French and Indian War and the American Revolution.

Having managed to somehow find full time work in the midst of the Covid 19 pandemic I was financially able to expand my armory with a purch... 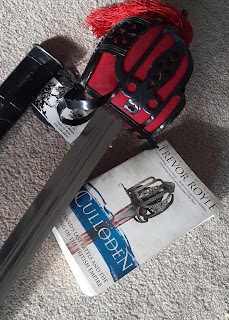 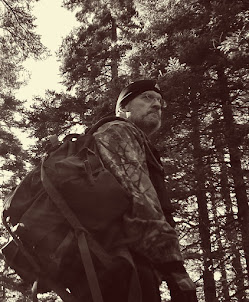 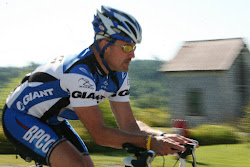 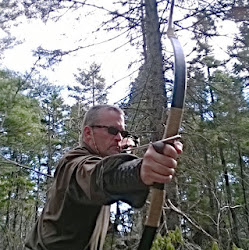 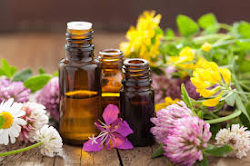 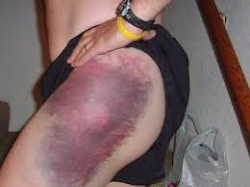 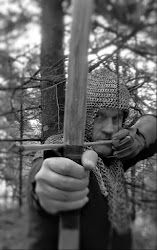 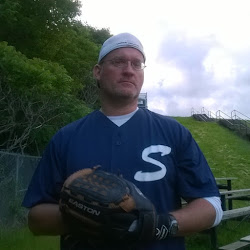 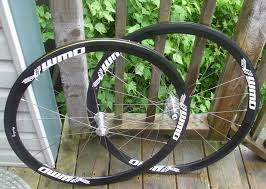 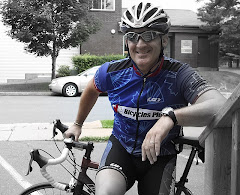 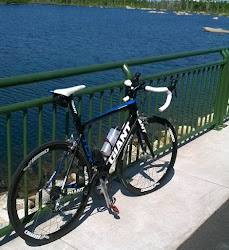 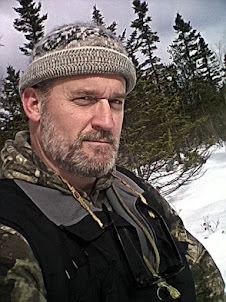